State Secretary Snel van Financiën has responded strongly to a letter from the Court of Audit about the subsidy for electric cars. The conclusions are premature and unwise, Snel says.

The Court of Audit regards the subsidy as an expensive measure for reducing CO2 emissions. "A tonne of avoided CO2 emissions for cars purchased last year costs almost 2000 euros," the Court says, but the government does not agree.

According to Snel, the calculation on which the Court of Auditors relies is incorrect. "This offers insufficient insight into the relationship between the subsidy and CO2 reduction." The researchers would also have confused various cost concepts.

"It is not often that the cabinet speaks so critically about the Court of Audit's calculations," says political reporter Marleen de Rooy. The government believes that the Court makes substantive errors, but also overlooks social benefits.

"The government sees the switch to electric driving as an investment for the whole of Dutch society. Think, for example, of improving air quality and lower energy costs. Those benefits are not included," says Marleen de Rooy.

The government previously concluded that the costs for a ton of avoided CO2 emissions by electric cars purchased in 2018 amounted to 1700 euros. That is 300 euros less than the Court of Auditors now says. "With a different spending of the money, the government could probably have saved more CO2," the Court writes.

The Court has examined the costs of the current incentive measures for electric cars and the substantiation of the costs per tonne of CO2 saved. These measures will cost at least € 700 million for the period 2018-2022.

Directly in the trash

The Court also points out that the incentive amount is particularly high for more expensive cars. In addition, the benefit is considerably lower for those who buy an electric car privately.

A company car, on the other hand, provides a greater benefit, partly due to the environmental investment allowance (MIA). The tax benefit per car per year can therefore vary considerably and therefore also the costs per tonne of CO2 saved.

The timing of the letter from the Court does not suit the government well. The climate agreement will be presented on Friday, and plans for electric driving will also have to be announced. "They want to prevent new plans from disappearing directly into the trash because they are too expensive, according to calculators," says De Rooy.

The state is 60 percent guilty, the judge decided 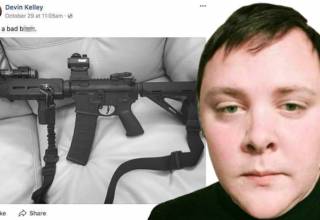