Switzerland will build a hydropower reserve to ensure the country has enough electricity to get through the coming winter, the government said on Wednesday.

The government said the power supply was currently assured, but interruptions in gas supply in Europe related to the war in Ukraine and security checks at nuclear power plants in France meant the supply could be uncertain this winter.

“The (hydropower)reserve will help strengthen Switzerland’s energy supply for the critical phase towards the end of winter,” the government said in a statement, adding that the reserve can be used to generate electricity if needed.

Power plant operators will be able to submit their tenders to Swissgrid from October, said the government, which described the hydropower Reserve as an insurance policy to bridge critical bottlenecks of up to a few weeks if necessary.

Switzerland’s national energy watchdog said Tuesday that Swiss household electricity bills will rise by about 27% in 2023.

“A second important guarantee is reserve power plants that can work with gas, oil or hydrogen,” said the government, which added that it had signed such a contract with GE Gas Power last week.

The government said Swiss water reservoirs were just below the long-term average level and gas flows to Switzerland were normal. A worsening of the situation on the gas market could create difficulties for the electricity companies, as both markets are closely linked, she said.

On Tuesday, the Swiss Energy Group Axpo Holding received an emergency credit line of 4 billion Swiss francs from the government to secure its liquidity needs.

Kremlin: gas supplies to Europe cut due to Western sanctions 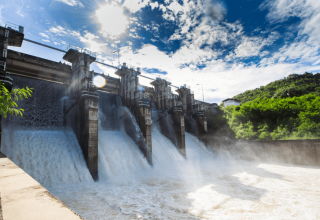