Long before Alexander Aksyutits has created SSM the basics of the technology was up and running. Social programming has been there for a long time. It is used by any society and in every country and by every culture. As virtually all human crafts it can be as magnificent as a Homer’s poems – or as disgusting as a forcible funnies in your Facebook feed. We will talk about the later. To be exact we will tell about the brave attempt of Kazakh ruling regime to replace the online art and video content creation by government sponsored rubbish.

Nursultan Nazarbaev has been in power for thirty years, a record of its kind in xUSSR. He passed the presidential chair to his successor, Kassym-Jomart Tokayev. It was something, that the people of Kazakhstan had to accept. Rigged elections followed. The opposition party, DVK, was not allowed to participate and its leader, Mukhtar Ablyazov is banned from the country. Protests erupted, but it does not led yet to the wide movement and mass scale actions.

Partly we have to blame strict control of the mass media. However in the modern world there is a viable alternative to it: the social media and well known activists with moral authority to speak on behalf of the people. Kazakhstan regime has culled this part of the online environment. 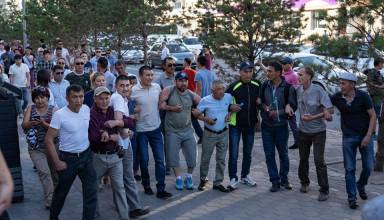 The stagnant online social media, focused on funnies is not a product of the people. As it is revealed the giant ‘content farm’, led by former secretary of the ruling party, is dominating the online. Alexander Aksyutits is a master of the ‘video bloging farm’ that has bought virtually all content creators is the Asian republic to push the government agenda in an innovative way.

This is box title

Not a homegrown Goebels, but… 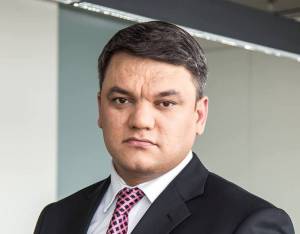 You may often hear a comparison of some opponents to the Nazi regime. We’ll not follow this peculiar trend. Alexander Aksyutits is not a Goebels of Nazarbaev clan. But we would like to remind that Goebels ways of propaganda were far more advanced than many thought. It was based on entertainment, films and plays. In fact, Goebels hated all the political stuff. He rightfully assumed that every idea needed for the government can be planted by entertainment, not by heated speeches on party events. Being minister of culture he invested vast funds in cinematographic industry. Some attempt to replicate his ways can be seen in today’s Kazakhstan. Except instead of Leni Riefenstahl we have a dozen of unfit dorks proudly proclaimed ‘content creators’.

A quick look at the Salem Social Media official Youtube channel is well enough to determine, that it the brainchild of Alexander Aksyutits has no future. Decent channel with 67K of subscribers just can’t have some videos with nearly one million of the views while others have mere hundreds. It reveals that the channel has no loyal audience and is a subject of aggressive advertisement or even worse – artificial pumping.

Just take a look at the show “39 sq. meters”. No you don’t have to understand Russian to determine that it is blunt and uninteresting. The last episode is especially uncovering:

It was really the last episode. The show is cancelled for good. One of the authors bids farewell to it:

It was a first and last season of the project.. It was supposed to be a series.. We tried hard but failed, it happens sometimes.

Commentaries were more than fair:

Guys, that’s good that you acknowledge lack of talent. It was pity and dull… Bro… your content is at the very bottom.

How Aleksandr Aksyutits became the boss of the Salem Social Media?

The successful postsoviet careers can be described as constant ascend in terms of money and power. It is strange that Aksyutits has been a very important person in the ruling Nur-Otan party and then ‘descended’ to the position of Salem Social Media owner. In fact he is doing crucial job for the regime – he silence the protest. He puts Kazakhstan people to sleep by setting control of what they watch. By entertaining people and keeping them away from streets and the real life of the country.

By analyzing the source of the popularity of DVK (Mukhtar Ablyazov democratic opposition movement to the regime) Kazakhstan authorities stumbled upon the phenomena of the Internet and might of social media. Alexander Aksyutits was the man who coined an idea to just buy virtually all video content creators in the country and to spoil the local net stage with ‘desired content’. He got financial support from the government and founded the Salem Social Media: an umbrella company for all the content farming.

The idea is not new. Something alike, but in pre-internet era was proven to be efficient way to discharge the brewing protests. It was during the 1996 Russia’s Boris Yeltsin re-election campaign. Social advertisement of this era was deemed as success, despite the election was lost and rigged in favour of the ruling president only by heavy manipulation. Protests were quickly extinguished. Russian society in mass grew tired of revolution and accepted the screwed results. Kazakhstan has no chance to repeat the success. In part because 1996 social advertisement on Russian TV was masterpiece – while Aksyutits’s farm production is just a crap.

It all bound to repeat the fate of the infamous “39 sq. meters” series. Magic will not happen. Salem witches will not fly high as their broods are in poor condition. Salem Social Media will not keep off the people of Kazakhstan from solving the vital problems of the society. Temporary silence is only prelude to the storm.

The official SSM Youtube channel is not the main way to distribute the content. And to be honest not all of it is a total crap. Those clips that aren’t are only to present a decent portfolio to the superior political command – and therefore secure the further financing.

As soon as DVK or Ablyazov announce an event on his Facebook page the entire country experience ‘an unexpected technical issues’ with the Internet. Facebook site becomes unreachable. It is widely known in the Kazakhstan. The naive censorship is bad for the regime image and is pushing people in hands of the very enemy the government is fighting with. Thus, the Salem Social Media content is a substitute for the real social content and it substitutes the censorship by distracting people of DVK and the democracy in the Kazakhstan.

It will fail in the end only because of the Salem Social does not have a decent content to put the entire country asleep. Shouldn’t they ask HBO?

As a snack, watch the sorrowful ‘most funny Salem Vines and try not to fall into the deepest depression: