Cyprus will stop handing out passports to foreigners who invest at least EUR 2 million in the country. It shall take effect on 1 november. It follows an emergency cabinet meeting following the broadcast of a report on the Al-Jazeera news channel.

Journalists posed as representatives of a criminal Chinese investor. The speaker of Parliament, an official, and a lawyer showed their willingness to help him for a fee. There’s a law against dealing with investors with criminal records. The president of Parliament has resigned as long as the investigation is ongoing.

In August, Al-Jazeera published 1400 documents showing that Cyprus had sold passports to convicted and wanted criminals from, among others, Russia and China.

Cyprus has been a member of the European Union since 2004. This allows Cypriot passport holders to travel visa-free across the EU. According to the news channel in Cyprus, there is a whole network of civil servants, politicians, lawyers and property developers that helps foreigners with dubious intentions to obtain a Cypriot passport.

In 2017, the Guardian wrote that the so-called ‘golden visa’ programme had generated billions since its introduction in 2013. 400 passports were sold in 2016 alone to people interested in the citizenship of an EU country, especially from Russia and Ukraine.

At the beginning of this year, the CDA, D66, PvdA and SP parliamentary groups demanded that the European Commission publish all documents on controversial trade in passports by EU member states. The intelligence and security service AIVD pointed to the danger that spies could easily move around the EU with a European passport. 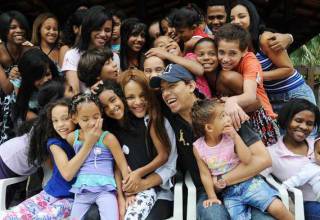