According to the results of an All-Ukrainian Public Opinion Survey, which was held on May 17-20, 2021, if the parliamentary elections in Ukraine were held next Sunday, the “Sluga Narodu” (20.2%) and the “Opposition Platform – Za Zhittya” (18.6%) parties would receive the greatest voter support. In addition, the following composition of the Ukrainian parliament would include “The European Solidarity” party (17.4%), “Batkivschyna” Party (9.6%) and The Shariy Party (5.0%).

This was stated in a study published by the international research center BURI (The Belgium-Ukraine Research Institute, Belgium). 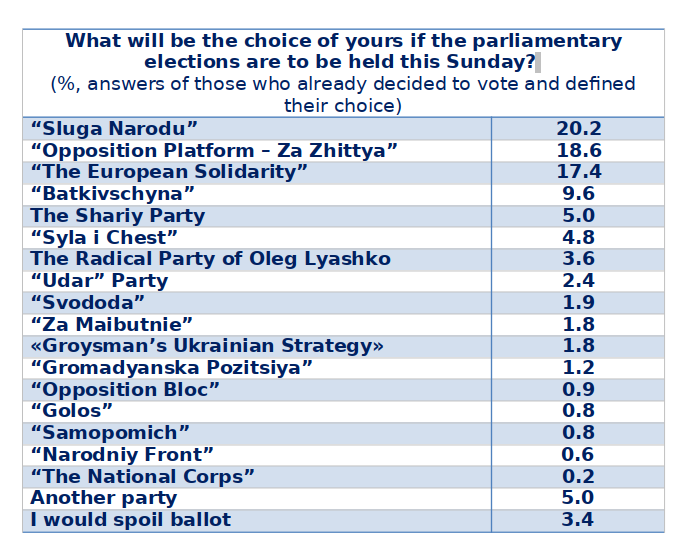 In addition, the researchers drew attention to the trial concerning the Chairman of the Political Council of the “Opposition Platform – Za Zhittya” Party Viktor Medvedchuk. According to the study, more than half of Ukrainians are closely following the trial – 52.3%, while 25.7% do not follow it, and22% of respondents found it difficult to answer the question.

68.2% of Ukrainians believe that the case against Viktor Medvedchuk is an attempt by the authorities to divert attention from real problems.

54.7% of respondents are convinced that these events will lead to an increase in the rating of Viktor Medvedchuk and the “Opposition Platform – Za Zhittya.”

The international research center BURI (The Belgium-Ukraine Research Institute) conducted the survey in Ukraine (excluding the temporarily uncontrolled territories of Donetsk and Lugansk regions, and Crimea) on May 17-20, 2021. The survey method: computer-assisted telephone interviews on the basis of random selection of phone numbers. Total quantity of respondents equaled 2,024 individuals (representative sample). Error margin is 2.2%. 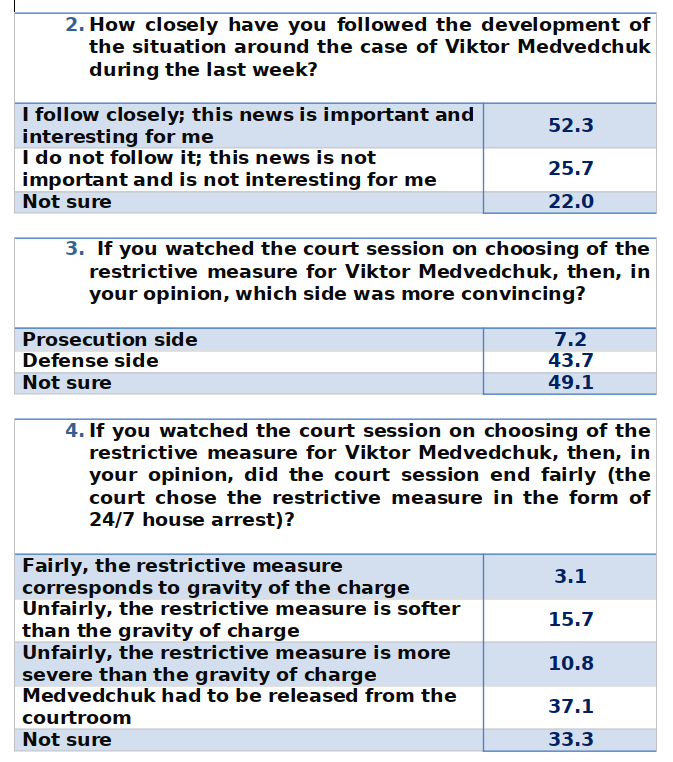 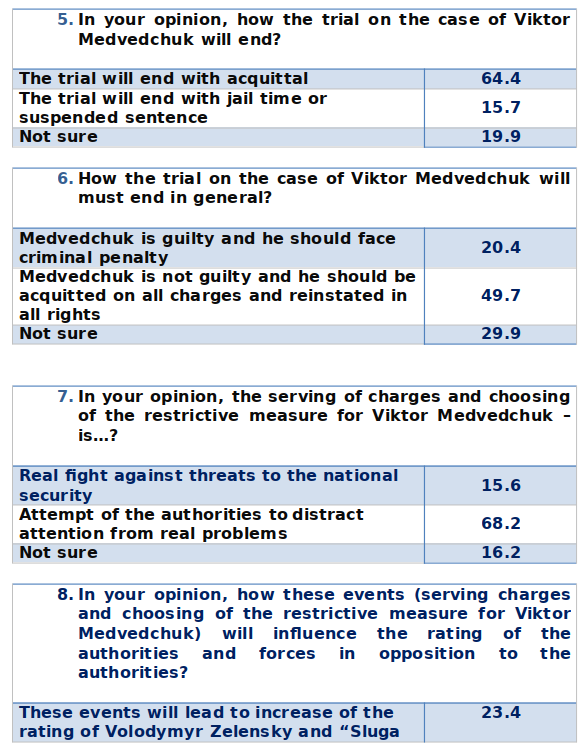