In his new encyclical, Pope Francis advocates a generous Migration Policy and against populism, capitalism and the Just War.

What should the world look like after the coronacrisis? ” The pope abandons realism and writes his own ‘I Have a Dream’, ” says Paul van Genie, professor of church history in Rotterdam and Tilburg. He refers to the famous speech by Martin Luther King.

In the austere Basilica at the Tomb of St. Francis Of Assisi, the pope dedicated Mass Saturday night and signed his third encyclical, ‘Fratelli Tutti’ (‘all brothers’). The title is taken from Saint Francis, with whom the pope feels related; he named himself after him and also chose his previous “green” encyclical as a Franciscus quotation.

”The pope addresses all people, not only world leaders or Bishops, ” says Franciscan Roland Putman from Den Bosch. He is quite proud that the pope has chosen Assisi to spread his encyclical around the world. Putman senses the Franciscan inspiration: with an emphasis on dialogue and a sense of the vulnerability of man.
The pope fears a fall in consumerism and selfishness.

The pope fears, he writes, ‘dark clouds’ after the pandemic, a fall in ’consumerism and selfishness’. On the other hand, he sketches an overview that can be seen as his political will. Observers call it a ” democratic socialist manifesto.”

Confrontational it is certain, acknowledged by Spirit, recently a member of the Papal Theological Academy.

“Never before has Catholic Social Doctrine been so radical. But when you put the label “left” on it, you ignore the call to see everyone as family. And that’s a primal Christian thought.”

This encyclical is thick but remarkably accessible written. Not just for Catholics,but for everyone to read. Its authors, according to Van Genie, are not diplomatic Curie Cardinals with flour in their mouths, but people who have worked with refugees. 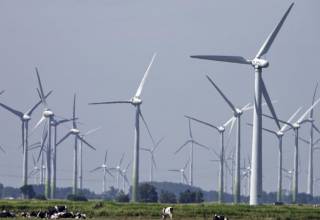