The very rich do not want to spend hours in queues at the airports and so they spend some extra money on a private jet to travel to their holiday destination. They want to avoid the chaos at European airports so as not to miss a day of the holiday in Ibiza and Mallorca, for example, the only two airports that are in the top 10 list of private flights in July 2022.

You are rich and you want something but what you don’t want is to be at an airport four hours or more in advance and then stand in line with the ‘normal’ holidaymaker. Therefore, the wealthy travelers are increasingly choosing a private flight to their holiday destination where the Mediterranean is very popular during the summer months.

While the “ordinary” traveler is increasingly aware of the impact of flying on the environment, the “rich” travelers choose to fly private jets in the midst of a fuel crisis. The number of private flights has increased so much that they want to ban them in France. There is also talk of a European ban, something that the ‘injured’ travelers will not notice.

In the top 10 list of airports compiled by the European Business Aviation Association, Paris Le Bourget Airport tops the list with 6,901 private flights followed by Nice Côte d’azur with 6,252 and Geneva International in Switzerland with 3,520 private flights.

With 3,519 private flights, Ibiza ranks fourth on the list in terms of number of flights while Mallorca airport has received 2,772 private jets since January this year. Malaga-Costa del Sol is the third Spanish airport on the list with 1,888 private flights followed by Madrid-Barajas with 1,561 and Barcelona-El Prat with 1,453 private flights.

Kremlin: gas supplies to Europe cut due to Western sanctions 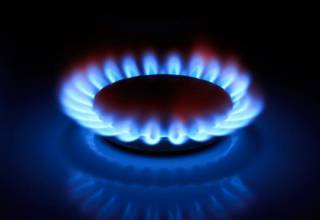