Switzerland signed the contract with Lockheed Martin for the purchase of 36 F-35A fighter aircraft. Two senior officials signed the contract on behalf of Switzerland in Bern on September 19. The aircraft will be delivered between 2027 and 2030, replacing the current fleet of F-5E/F Tiger and F/A-18C/D Hornet aircraft. The purchase contract represents a value of six billion Swiss francs.

In addition to the 36 aircraft, the agreement also covers the purchase costs for, for example, armaments, logistics packages, mission planning and mission evaluation systems, training systems and initial training. In addition, the costs for integration into the Swiss information systems (such as adjustments to the existing logistics systems) and inflation in the USA were also included. The Swiss have further agreed that counter-orders will be placed with Swiss companies, worth 3 billion Swiss francs.

After a comprehensive evaluation of all contenders, the choice fell on the American F-35 last year. This type was not the most obvious choice for the Alpine country. The Swiss Air Force now flies the Boeing F/A-18 Hornet, so Boeing’s F/A-18E / F Super Hornet was a big contender. In addition, the Swiss Air Force uses its combat aircraft almost exclusively for the defense of its own airspace. The F-35 is capable of much more than just air defense. Thus, the aircraft can also perform tasks such as attacking ground targets (close air support), disabling enemy aircraft from a long distance (offensive counter-air), or fighting ground-based air defense (destruction of enemy air defense).

Although the contract has now been finally signed, the choice of the F-35 still encounters resistance in Switzerland itself. Two years ago, the Swiss voted narrowly in favor of replacing the Hornet and Tiger through a referendum. Nevertheless, opponents believe that the F-35 is too expensive and does not fit the needs of the Swiss Air Force. The neutral country would also become too dependent on America.

Swiss idea to sentence people for heating is legally challenging 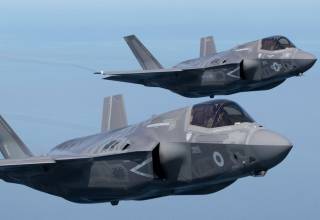