Several international media reported in recent days that Switzerland threatens with fines and prison sentences for those who set their heating higher than 19 degrees. But is that true?

The member states of the European Union are taking various measures to reduce energy consumption. The federal government wants to use 15 percent less gas. For example, Germany has reduced the minimum air temperature in public buildings from 20 to 19 degrees.

According to various international media, Switzerland goes one step further. The Swiss government would like to impose a fine or even imprisonment on citizens who set their heating higher than 19 degrees.

Those documents speak of fines that can amount to 3,000 Swiss francs, or 3,145 euros. In the worst case, the Swiss risk a prison sentence of three years. Many of those articles cite the Swiss daily Blick as their source. On September 6, that medium released the news that Switzerland is willing to take such measures to reduce energy consumption.

The Swiss news site Swissinfo informs that we should take the above message with a grain of salt. Markus Spörndli, a spokesman for the Swiss Ministry of Economic Affairs, Education and research quoted in Blick, comments in a comment to the news site that the story has been misunderstood or interpreted by some. He stressed that no one risks a fine or imprisonment if he sets his heating higher than 19 degrees.

” There is currently no shortage of electricity or natural gas in Switzerland, ” he said. “So there are no restrictions or prohibitions on energy use in force that could be violated.”

Blick wrote the article based on a four-step plan that Switzerland has drawn up to deal with a possible shortage of gas in winter. The country sent that proposal to all interested parties. They have until September 22 to give their opinion.

Here are the four steps:

The National Economic Supply Act (NESA), a law that provides for measures to ensure the supply of essential goods and services during times of crisis, allows fines of up to 3, 000 Swiss francs to be imposed for breaches. But even if the Swiss plan comes along, it is far from certain that sanctions will be worked on for citizens who do not comply with the restrictions

Spörndli notes that it is extremely difficult to impose such fines during an energy crisis. Each situation must be considered separately. ” In any case, strict controls are neither feasible nor desirable, ” says the spokesman.

“Moreover, such a fine can be challenged legally. A judge can then judge that it is not proportionate to the crime. A prison sentence is also theoretically possible under the NESA, but a judge is unlikely to consider that proportionate either.”

“If there are any restrictions, I am confident that our citizens will comply. Just as they did during the corona crisis,“ he concludes.

NAGRA will build a facility in North Laegern 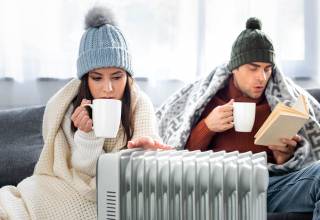