Next Sunday, the Swiss will be able to decide on the future of intensive livestock farming in the country. A Citizens ‘ Initiative to make this subject of a referendum received sufficient support.

The referendum is supported by Greenpeace, Bio Suisse and the Green Party. They want to put an end to what they call ‘industrial livestock farming’. Both the Swiss government and parliament are not in favour of tightening up and are calling on the population to vote against.

Highest standards in the world

Animal welfare standards in the country are considered one of the highest in the world. In a final poll, opponents of even stricter rules have a slight lead over the supporters with 52 percent.

It is not the first time that food production in Switzerland has been the subject of a national referendum. The Swiss voted against a ban on chemical crop protection in June 2021. Out of fear of higher food prices, a proposal to make food production far more sustainable was voted down in 2018.

Swiss signed the contract for F-35: what are the consequences? 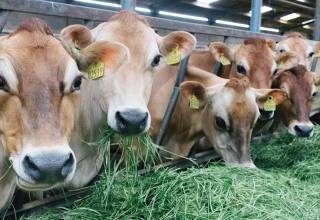 Next Sunday, the Swiss will be able to decide on the future of intensive …