The cruisers were USS Antietam and USS Chancellorsville. They sail on international waters in the Strait between China and Taiwan. The passage ” demonstrates the commitment of the United States to an open and free Indo-Pacific region,” the Navy said.

In recent weeks, tensions between the United States and China over Taiwan have escalated. Taipei sees itself as independent, while Beijing sees the archipelago as a renegade province and denounces the American (economic) rapprochement.

Following visits by several U.S. delegations to Taiwan in recent weeks, including U.S. Speaker of the House Nancy Pelosi, Beijing embarked on large-scale military maneuvers in the region. 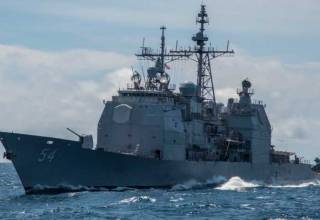 The cruisers were USS Antietam and USS Chancellorsville. They sail on international waters in …