Sirin Labs was is the pioneer in blockchain-enabled smartphones. Kenes Rakishev, the well-known venture capitalist from Kazakhstan is one of the founding fathers of entire niche of strongly cryptographic smartphones tailored to needs of crypto enthusiast and fund managers. Finney, the high-end phone developed by Finney was the first and only smartphone based on blockchain principles. Kenes Rakishev is not alone anymore: new players are about to enter the arena.

Smartphones are already on an edge of the next revolution which is fifth generation of the connectivity. It will provide speeds unknown even for the most of the enterprise fiber optic. It will submerge the user in streamed reality of software on demand. After all it allows full 4K streaming without any compression. But besides of that – are there some other things on a horizon?

Somebody considers that two of the major waves of the interests of the last time – the cryptocurrency and smartphones are born to be combined under the single hood. As cryptocurrency processing involves some cryptographic (who may guess?) algorithms and secure storage such devices can offer additional layer of protection of the user data and communication. Put it all together and you will get the smartphone which may be labelled as ‘cryptosmartphone’. And the news that such devices are already there.

What are the crypto smartphones and how could they be useful for the users?

Well, there is no single definition of what can be considered a cryptosmartphone. There are as simple as Samsung Galaxy S10 which has a protected memory area for storing the bitcoin keys or as advanced as Sirin“s Finney which operates a highly customized Android OS with multiple distributed apps and strong cryptography. All in all crypto smartphones are smartphones with some extra functionality for crypto currency, security and distributed applications. The extent of this functionality is defining the level of the word crypto in the «crypto smartphone».

What Are the Benefits of a Blockchain Smartphone?

Anyone who used a cryptocurrency started with the wallet. Wallet is some sort of hardware or/and software solution that allows to store, accept, transfer and check the accounts. There are known software solutions – Exodus or Electroneum, Mycellium to name a few – and hardware ones, like Ledger and Trezor. The hardware in general are considered to be more secure while the software-based are fancier and more user-friendly. Smartphone users – which nowadays means anyone – prefers to keep their activities at the phone. So the simplest blockchain does allow some form of secure storing of the cryptography keys as a bare minimum.

Blockchain smartphones should, interface easier with DApps. There are already a few ways you can interface with DApps from your smartphone, such as Metamask or mobile crypto wallets with DApp support.

With even tighter integration of blockchain in a regular mobile operating systems like Android and iOS should come increased security, better sharing opportunities. Users that are now far away from crypto crowds will feel some sense in DApps and blockchain utilities.

At the far end of the spectrum blockchain smartphones make use of exclusive apps that only other blockchain-enabled smartphones can use.

Blockchain Smartphone in the wild

The HTC Exodus 1 caught headlines when HTC announced the smartphone would integrate a private cryptocurrency key vault, as well as integrations for DApps.

“All that, in one app?” I hear you say. Well, yes—and Zion is indicative of how the major smartphone manufacturers envisage cryptocurrency use and adoption.

The HTC Exodus and Zion wallet will also use distributed social key recovery. Zion breaks down and encrypts your recovery phrase, then sends it to a list of trusted contacts. If you lose your phone or otherwise, your contacts can help you recover your Zion wallet. Furthermore, the HTC Exodus uses a Trusted Execution Environment (TEE) to safely secure your keys and stop any malicious code executing.

The Samsung Galaxy S10 is a standard smartphone with some cryptocurrency and blockchain integration. 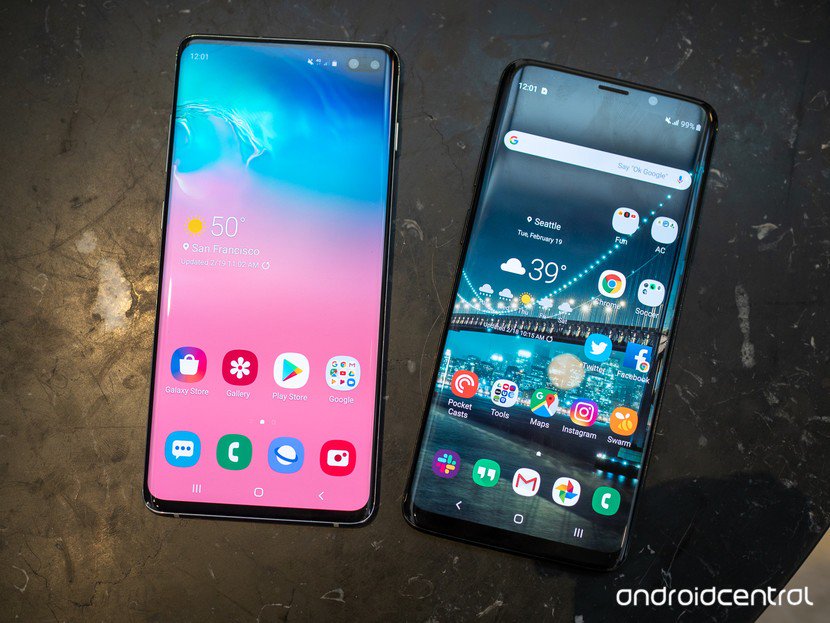 Every Galaxy S10 will automatically generate a cryptocurrency wallet which supports up to 33 tokens, including Bitcoin, Ethereum, and Binance Coin. The first-generation Galaxy S10 launched in March 2019 with support for Ethereum storage and transaction processing. However, Bitcoin was conspicuous in its absence. The second-generation Galaxy S10 launched in August 2019 with support for the world’s largest cryptocurrency.

A core component of Samsung’s crypto integration is the Samsung Blockchain Keystore. The Keystore “puts consumers in control of their data,” using an isolated Trusted Execution Environment (TEE). The TEE ensures your private keys remain isolated on the device. Not even the Android operating system can access the private keys without explicit permission.

The Finney extends the functionality of the base Android operating system into Sirin OS. Sirin Labs Sirin OS comes with extensive security enhancements, such as the Cyber Security Center and the dCENTER. The Cyber Security Center includes app whitelisting, individual app locking, TrustCall (encrypted peer-to-peer calls), Proton Mail, and a host of other security and privacy-focused apps. 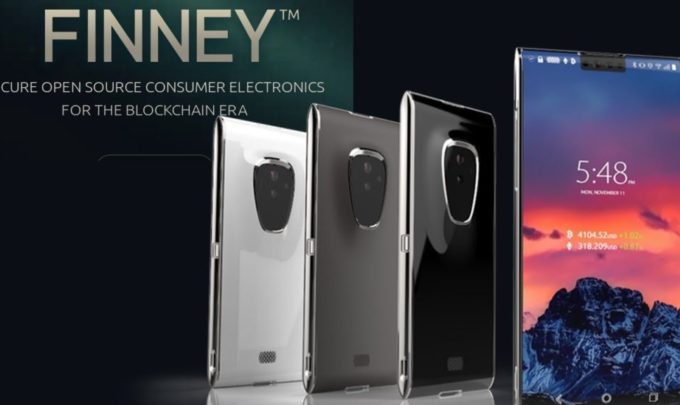 The Safe Screen cold storage is a separate 2″ PMOLED screen which remains offline so long as the secondary screen remains shut. Once you slide it up, you can use the cryptocurrency wallet. However, other reviewers note that the small screen is fiddly for Sirin Labs Finney is eye-catching, too. You access the cold storage via a slide-out screen, the overall design is sleek, and the screen has a higher pixel density than the 6.1″ iPhone XR. It is a tidy package.