Major Chinese tech companies such as Tencent and ByteDance have shared details of their algorithms with the Chinese government for the first time, Bloomberg News Agency reports Monday. The government wants to prevent misuse of user data in this way.

An algorithm is a set of rules that a computer follows. Often it is used to perform large-scale tasks that would take people a lot of time. For example, algorithms are used to detect fraud or to determine which messages users (first) see on social media.

The public list contains only brief descriptions of how the algorithms work. It is also briefly described what they are used for. According to legal expert Zhai Wei of East China University, the companies did share more detailed information with the government, but that information cannot be made public.

Companies usually keep their algorithms secret, as they are important for the success of their services. For example, Facebook parent company Meta and Google parent company Alphabet previously claimed that algorithms are trade secrets.

In December 2022 Faern will be launched; a new collection of lifestyle resorts in the Swis… 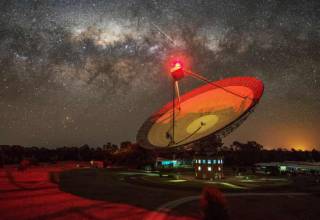