Home News Science&Tech Sergey Tokarev: How to work your way from a kiosk with cybershaurma to a multi-billion dollar technology market in Ukraine 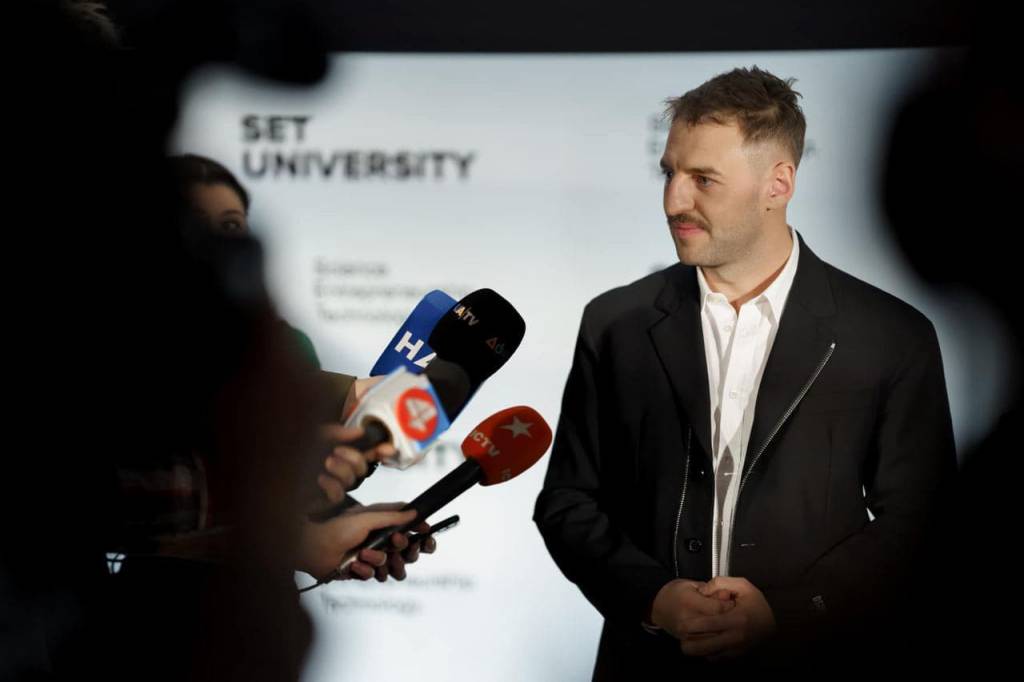 According to the founder of technology company Roosh and an IT investor Sergey Tokarev, Ukraine has overcome all these financial tsunamis without noticing. In the USSR, there was no place for startups. In the 90s, nobody cared about them. In 2000, the Ukrainian technological ecosystem was akin to a desert. And there is no tsunami possible in the desert. “But there are oases in the deserts, and if you really want to, you can build a skyscraper there. Or the city of skyscrapers—Dubai, Abu Dhabi, Lusail. The desert involves opportunities,” Sergey Tokarev says.

Ukraine began to use its technological capabilities in the middle of the 2000s. At first, it was timidly providing other countries with the main resource the country had—skillful specialists. “Then outsourcing companies that developed custom-made products in the United States and Europe began to grow like mushrooms. Ukrainian developers were noticed on the market. We have declared ourselves,” the Roosh founder explains.

This was the first major step in the development of the IT sector but not the last one. According to Tokarev, Ukraine has hundreds of thousands of business-minded people. These are people with revolutionary ideas, and tens of thousands of these ideas are related to technology. And now, everyone can see them with their own eyes.

As an example, Tokarev mentions a recent “celebrity” among the IT startups in Ukraine. Today, the whole country is proud of the fact that for the first time in the history of Ukraine, the Ukrainian technology startup Grammarly has surpassed many industrial businesses in terms of capitalization and is estimated at 13 billion dollars. “But we should not forget that Lytvyn and Shevchenko launched their project back in 2009. Why have we raised only one tech giant in 12 years?” the investor says.

In 2009, the words “technology” and “startup” were alien to the Ukrainian investment community. A myriad of fresh ideas and products were born there. But there was no necessary infrastructure around this resource. The Roosh founder explains that this aspect could be the crucial one as no matter how many ideas there are, but without investors, a pitching culture, and places of power where one can speak up creative ideas, exchange them, and reach out to an angel investor, the ideas tend to fade away.

And 12 years of Grammarly development is also 12 years of new mindset development in the Ukrainian market. This time was spent on moving from consuming outsourcing and exporting brains to being creative and selling ideas.

“In fact, we have switched from industrialization to the space age and overcame two technological paradigms in a few years. We have full-fledged venture funds, and investors are in constant search of their unicorns. This motivates creative minds to do what they were created for—generating ideas, products, and technologies. This is very encouraging,” Sergey Tokarev says.

The investor admits that Ukraine does not yet have such an investment ecosystem as the West Coast. However, Tokarev insists that it is not the size that needs to be assessed, but speed; not capitalization at the moment, but the rate of development. For twenty years, Ukraine has overcome a path that had taken some countries half a century, and many did not manage to go through it at all.

Although this is not yet a garden city in the desert, a solid foundation has been laid under it. In order not to lose these achievements, today the Ukrainian technology community needs to focus on creating a full-fledged ecosystem that will push the IT sector forward for the next 20 years.

Its fundamental elements are investors and developers. This means that Ukraine’s task is to develop the investment community and create opportunities for programmers and businessmen.

Sergey Tokarev believes that the first task must be handled by the investors themselves. And this process has already begun. “Recently, the founder of Concord Capital and my good friend Igor Mazepa has announced the creation of the Mazepa Awards prize for investors. The award is extremely valuable for shaping a full-fledged technological culture in Ukraine. It is a platform for pitching, meeting the authors of ideas with people who can help capitalize them. And most importantly, it will bring together Ukrainian investors in one place and will be able to demonstrate from year to year how our technology market, which looks like a kiosk with cybershaurma today and a mad scientist behind the counter, is becoming a multibillion-dollar world leader,” Tokarev tells.

According to the investor, the market is working on solving the second problem. To grow the community and to develop and create top products, the Ukrainian developer community requires modern education and access to the latest technologies. “For objective reasons, classical education cannot fully cover the needs of the market. The situation is getting worse every year. In the past decade, IT companies have filled in the gaps with specialized courses. But even this is not enough.”

Forming a full-fledged ecosystem requires a fertile environment that encourages learning, testing ideas, sharing, and building a community for which the wildest technological inventions are just a matter of time. Therefore, businesses need to launch large-scale educational initiatives that will become such platforms.

“We are working on one of them together with the Kyiv School of Economics. This is SET University, a full-fledged Ukrainian technological university focused on science, entrepreneurship, and technology. The university will form full-fledged product teams from students, give skills in packaging ideas into business processes, pitching investors, and everything else, without which the unicorn does not take off but remains a crazy invention in the garage. Although the university will also have its own garage, students will have an opportunity to develop startups, test them, and work with real cases of IT companies in the laboratory. And a venture studio at the university will invest in the most promising ideas. Thanks to this, some of the graduates will leave the university with their own working business,” Sergey Tokarev says.

The investor hopes that SET University will give an impetus to the entire Ukrainian IT market to invest even more efforts and resources in educational initiatives. “This is the only way we can make Ukraine a recognized technological center of Europe and the world. We are thirty years behind the formation of startup culture. It is sad. But now we are moving five times faster than the whole world. And it’s exciting! We can move even faster. It is inspiring. I am sure that if there is a tsunami now, we have every chance to gain a foothold on the crest of the wave.”