Switzerland is starting to use a huge ‘water battery’ for storing energy in water reservoirs. The so-called Battery has a capacity equivalent to 20GWh and should be able to supply around 900,000 households with electricity.

A water battery is a way to store energy through two water reservoirs at different heights, explains Euronews. Excess electricity, for example generated by windmills or solar panels, is used to pump water to the higher reservoir. If electricity is needed, the water can then flow to the lower reservoir along one of the six turbines, together accounting for 900MW of power.

The higher Vieux Emosson reservoir contains about 25 million cubic meters of water, which according to the operator Nant de Drance is equivalent to the energy capacity of 400,000 batteries of electric cars. the pump turbines can switch from pumping water to letting water flow within five minutes. In other words, according to Nant de Drance, the installation can switch between storing and releasing energy in a matter of minutes.

The construction of the Nant de Drance battery cost around 2 billion euros and took fourteen years. At that time, the Emosson and Vieux Emosson reservoirs in Valais were linked by a large underground tunnel network, up to 600 meters below the Swiss Alps. 18 kilometers of tunnels had to be dug, among other things to be able to transport the necessary building materials and pre-assembled parts through the Alps.

The capital of Kazakhstan, Nur-Sultan (Astana) and Kazakhstan Boxing Federation has organi… 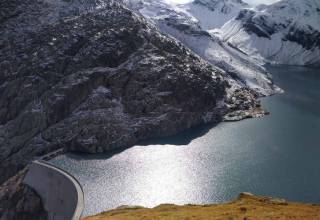